This morning I was flicking through Facebook, tidying up my Timeline (making it slightly more difficult for people to stalk me), and I came across a personality test. You know, those clickbaity, mostly pointless tests that I’m a total sucker for. I know they’re a bit silly, so if I’m forced to post something to see my results, I always post to ‘Only Me’, and then usually delete them as soon as I’ve seen the results.

But one of them must have slipped through the deleting stage, and today it caught my eye. The test I forgot to delete was one of those spider-web types, with different personality traits rated on each ‘arm’, making a weird wonky shape of your personality. It caught my eye because it was shared with the highest rated personality trait and its percentage rating. And mine read…

While somewhat accurate, it was also somewhat jarring to see it pop up on my Facebook feed (which, while honest, is generally more focused on what I see as positive). I think it was also jarring, because even though I know full well that I’m a person who holds a lot of anxiety, that personality trait doesn’t exist in isolation. I’m anxious, but I’m not ONLY anxious.

So I looked at the other traits that stuck out on that little webby chart that was claiming to sum me up and the top four were Anxiety, Complexity, Warmth, and Sensitivity.

(I feel the need at this point to mention that I have training in psychometric testing, and I know that it’s hard and complicated and the best tests are rigorously tested, and even then have biases and issues. And I also know that this link on Facebook was definitely not rigorously tested,and that it’s fairly meaningless as a result.)

But even with aaaaaallllll the disclaimers, I quite liked this (totally simplistic) little description of me.

This isn’t life-changing, or a revelation to me (quite the opposite, really), and I don’t entirely know why I felt compelled to share it, which makes this post a bit difficult to finish off.  But recently I’ve been working on unlearning perfectionism (which is where a lot of that anxiety comes from), and as part of that, I want to share more of those elements of me that do not feel entirely positive. And I also want to write more, even if I can’t find the perfectly wise or funny or clever ending to a post.

So here, I am, ending a weird post about a silly thing I found on Facebook with an entirely unrelated picture, and calling it a day. 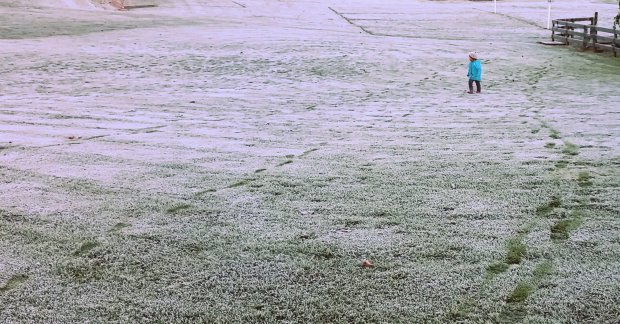 Picture of The Campground Kid running in the frost, just because I love it. 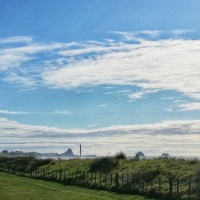